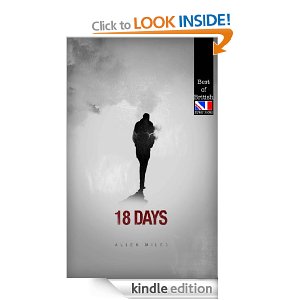 18 Days is a brave piece of writing. Allen Miles tackles some very dark subject that would decimate any family at what should be a happy time. This novella asks such questions as: How would we cope if the worst happened? What if you gave in to your weaknesses and revelled in your grief?

The author’s concise observations and darkly descriptive prose make the novella more than the sum of its parts. A dark journey exploring human nature and perhaps also the human condition. They say the devil is in the detail and it is the small things that will affect you when reading this novella. Your coffee will go cold. You’ll forget your bacon sandwich as Miles draws you into the heart of darkness. The only question is what awaits at the end. Redemption or oblivion? A five star read because I simply could not put this down until that question was answered.

The Wind Through The Keyhole by Stephen King 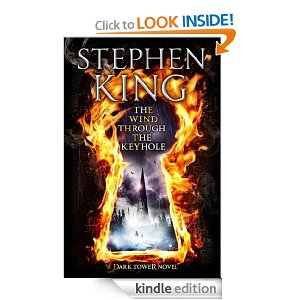 Fans of the Dark Tower series will enjoy this novel. Essentially three stories in one we see Roland, Eddie, Susannah, Jake and, of course, Oy the Billy Bumbler journeying the path of the beam towards Calla Bryn Sturgis. This sets it somewhere between Wizard and Glass and Wolves of the Call in the series. An approaching deadly storm called a Starkblast forces them to take shelter. Whilst sheltering Roland recounts a tale of old which is actually two tales in one.

If you, like me, have ached for more in King's epic Mid World setting of the Gunslinger series then you'll not be disappointed. There is more about the mysterious force known simply as ka. More blending of the futuristic and the ancient. King brings his mythologies to life and even the language gets inside your head. The dialogue of Mid World is an integral part of the allure of this series. We see a young Roland on his first task as a gunslinger. King crams so much into this novel that it can't possibly work, can it? Yes it can for he is the master of his art and for that we say thankee sai. 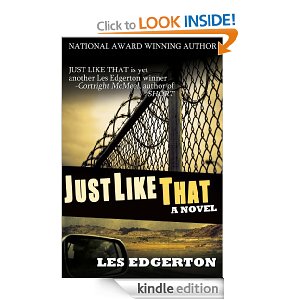 Being a Brit the toughest thing about reading Just Like That was understanding some of the slang used in the novel. However, it wasn't a major hurdle and once I'd gotten used to it things flowed a little faster for me. Just Like That is a pretty straightforward novel and comes across more like a biography. As Les points out in his forward 80% of it is based on fact so that is perhaps unsurprising. It’s exceptionally well written and whilst you understand that it’s at least part autobiographical you are entertained by the fiction of it too.

It was enlightening and depressing for me to discover how brutal the American penal system used to be and perhaps still is. Les gives us insight into the criminal mind and was brutally frank about the fears and problems inmates face on a daily basis. It's clear that society's problems run deeper than we all understand and no slick talking politician's tough stance on crime will ever provide an all encompassing solution.

I don't know if I should use the word "enjoy" in the context of the subject matter of this novel but the author's openness and ever present humour made the tough subject matter much easier to swallow. I've been lucky enough to chat to the author and I can tell you he's as open and candid as this book suggests. His humour is as disarming as it is in the novel. An excellent read that will remain with me every time I see a prison film. I'll be thinking It's NOT Just Like That.

Gabriel's Angel by Mark A. Radcliffe 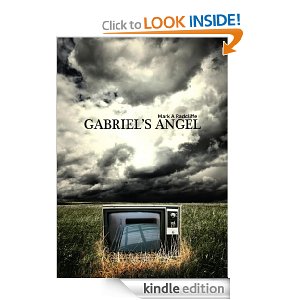 Gabriel's Angel is an emotionally complex story.
Lead character Gabriel is frustrated and unfulfilled in his job. His relationship with his partner, Ellie, is marred by the fact that they cannot conceive. The frustrations of IVF and life make them something of a lost couple, unhappy and angry at their lot. An accident leads to Gabriel having to look closely at his life and his choices but is it too late to change things?
Radcliffe sets up similar scenarios with others characters at turning points in their lives. A deeply thoughtful novel about life, relationships, regret and the choices we must make in life. However, this is not some dry and philosophical work; Radcliffe injects humour at every turn. There is one scene that will have every man reading it wincing in pain and crossing their legs.
Along with the humour comes emotional intelligence and a great deal of humanity. This novel is wistful and melancholy in parts but never wallows in it. Gabriel's fall is essentially a tale about the human condition and the trials and tribulations we suffer.
A greatly enjoyable read that will leave you chuckling but at the same time reflective. More Mr. Radcliffe please!
Genre:  Literary Fiction
Publisher:  Bluemoose Books
Format:  E-Book & Paperback
Rating:  5/5
Posted by Groovydaz40 at 04:12 No comments: