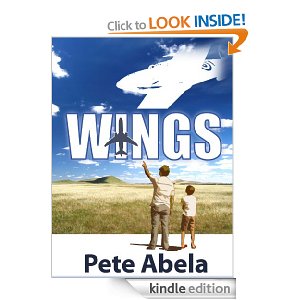 Wings is an old fashioned novel and I don’t mean that in a disparaging way. A fairly simple story of Scott and his granddad, Walt. The novel starts with Scott as a young man going to visit his granddad. The story then opens up and we learn about Walt’s past.

The author then switches between Scott’s progress in his quest to become a pilot and Walt’s exploits in Britain during the second world war. The characters are slowly developed and we learn about their dreams and aspirations. The temptation for writers these days is to have lots of twists and turns. However, you don’t get that with Wings. I particularly enjoyed reading about Walt’s development and I felt that the author conveyed very well another time period where things are so different than they are today. A novel about love, family, dreams and hopes. Pete Abela has done a marvellous job with a simple premise. His narrative is very engaging and you cannot help but like his characters. A warm novel that is a welcome break from vampires, zombies and the apocalypse! 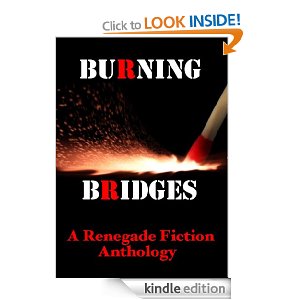 A collection of extraordinarily diverse stories. Some authors have embraced the theme of burning bridges, using broad strokes to outline it, whilst others have been more subtle. As quirky a collection as you will find.

There are stories of chance encounters. There is a tale of revenge that goes horribly wrong. A man on a mission does battle with extra terrestrials in his quest not to be late for work. In K.A. Laity’s excellent fable like story Horse Clock the goddess Sekhmet reflects on the past and makes a decision. In another story a wise guy gets his just desserts for messing with the wrong guys daughter. In B.R. Stateham's The Gift hit man Smitty helps an injured mobster by doling out his own brand of justice.

Mark Cooper Disciple hints at horrors in his usual deft way. In Joshua J. Mark's Safety First we are given a cleverly constructed and intelligently written glimpse into the mind of a killer. Paul D. Brazill tells a beguiling tale of beginnings and endings. Benjamin Sobieck’s tale The Last Injustice was moving and humorous at the same time. L.Vera’s Killing Deities conjured up wonderful visual images for me. 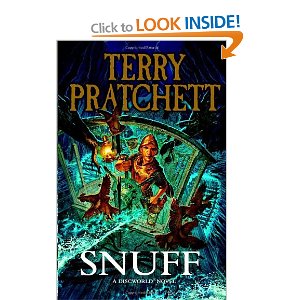 As Pratchett himself suggests any copper going on holiday will almost immediately be tripping over corpses. For city boy Sam Vimes, a holiday in the country is an unspeakably awful thing to have to endure. There are strange and unfathomable traditions that he must try to uphold upon pain of well Lady Sybil. When Vimes is framed by persons unknown his bloodhound nose kicks into action and hell hath no fury like a Commander messed with.

Pratchett does his usual effortless job of bringing to life his characters and weaving a wonderful plot full of humour and humanity. Vimes tackles serious issues like bigotry and injustice. Pratchett’s fantasy tale resonates with the troubles we face in the real world around us and amongst the chuckles he never lets us forget it for a moment.

A beautifully told tale full of compassion, realism and the brutality of those that believe themselves above the law. Quite simply Terry Pratchett at his very best.